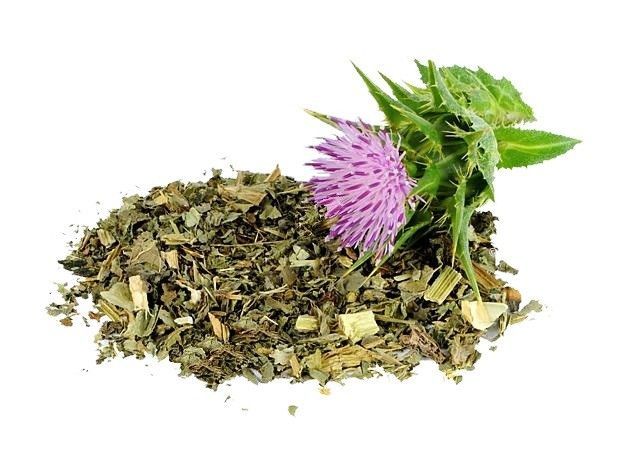 Package 60gr (either 500gr & 1kg) containing the earthly parts of the plant.

● Protects the liver from toxins.

● Regulates the function of the central nervous system.

For problems such as liver sanction, cholesterol, fatty liver, we combine artichoke with thistle, dandelion and wild rose. While combining the tinctures of Artichoke, Thistle, Dandelion and Wild Rose we have incredibly more drastic effects on our health and the aforementioned diseases.

Finally, if you like our Thistle, see the other products that we prepare with Thistle, such as: thistle oil, thistle in immersing teabags and thistle tincture mix.

1 tablespoon of grated thistle (or a pinch of grated) is poured into a container where 1 glass of water is added, the contents are boiled for 5 - 10 minutes and after a while the liquid is drained and drunk.

For gargling, prepare the above tea more concentrated in the dose of 50-60 gr. in a liter of water.

Thistle owes its name to the "silivo of the Virgin" in a myth: During the flight to Egypt, the Virgin sought a quiet place to breastfeed. Silivo noticed it and formed with its leaves a protective roof above the mother and the baby. A few drops of milk fell on its leaves and since then the herb of silivo has white spots and streaks. Its botanical name Silybum comes from the Greek "silivo" (tassel). In some botanicals there is still the outdated description "Carduus marianus". The plant has been cultivated for medicinal purposes since the Middle Ages. Paraklesos recommends it "against internal piercing". The current use for the treatment of liver diseases is due to the doctor Johann Gottfried Rademacher (1772-1850).

Committee E recommends the use of thistle seeds for the treatment of toxic liver damage as well as for supportive treatment in chronic-inflammatory liver diseases and cirrhosis of the liver.

Silymarin has been shown to have a protective effect against many harmful effects on the liver. It strengthens the cell membrane so that toxic substances can not penetrate so easily inside the cell and also stimulates the ability of liver cells to regenerate.|

In animal experiments silymarin prolonged or even stopped the symptoms of poisoning and showed action against ulcer formation.