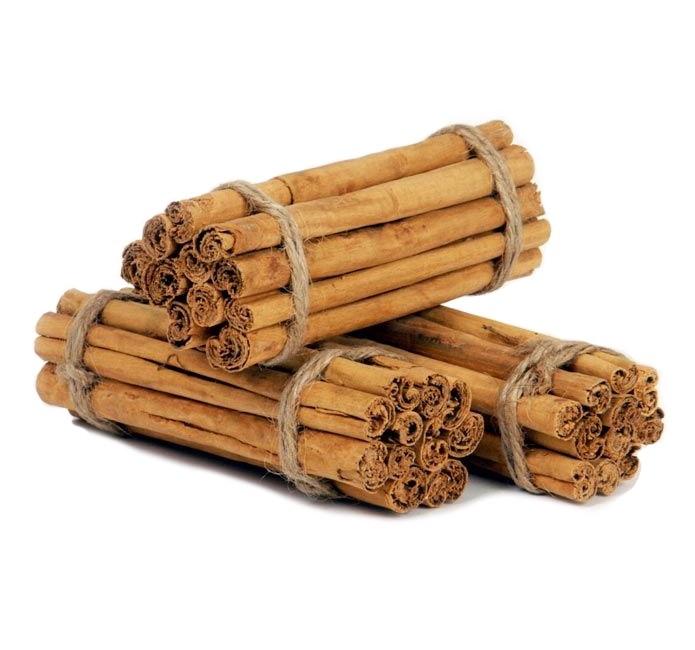 The essential oil from the leaves of the evergreen tree called Cinnamomum (Cinnamomum zeylanicum), commonly Cinnamon, has a warm, spicy aroma that stimulates the senses but also has important health benefits. The main producing countries of Cinnamon today are Ceylon, Sri Lanka, Vietnam, Madagascar and India.

Cinnamon essential oil BIO (Ceylon) is obtained from the leaves of the tree (Ceylon Cinnamon) by the process of steam distillation.

Cinnamon has been a very expensive commodity since ancient times, and is one of the most recognizable scents in the world. The healing properties of cinnamon have been recorded in ancient Egyptian medical texts dating back to 1550 BC and contain over 700 cures for various ailments such as respiratory infections (flu, cough, cold), digestive problems, viruses, cardiovascular disease, ulcers, inflammation, poor blood circulation, rheumatism and warts.

Modern scientific research has confirmed the healing properties of this plant. The substance cinnamaldehyde is the main ingredient in the oil produced from the leaves. Cinnamaldehyde has been studied for its effect on platelets and has been found to help prevent blood clots. At the same time, it has been attributed significant anti-inflammatory properties. Ceylon Cinnamon Leaves Essential Oil BIO seems to help balance blood sugar levels, as well as treat ulcers, heart disease and diabetes. The high content of aldehydes gives it strong antifungal, antibacterial and antimicrobial properties. It also has antioxidant activity and delays the aging process in the tissues.

Percentage of use up to 2%, in skin care products up to 0.5%. It is not used directly on the skin.