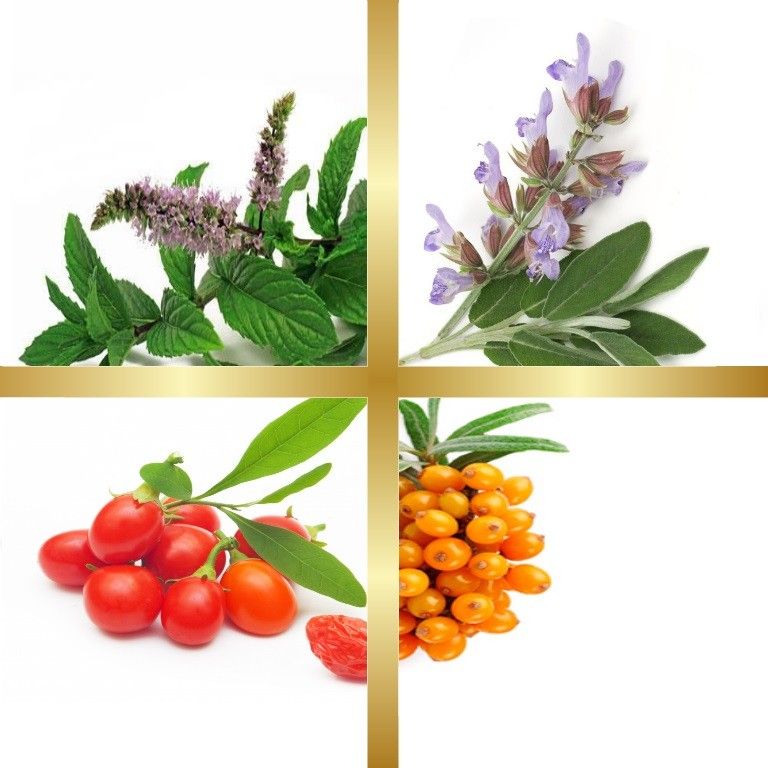 Energy Boost Tincture Mix comes from immersing the aforementioned herbs in an alcoholic solution (grappa), for a period of 4-6 weeks. During this time, the active ingredients of the above herbs are dissolved in the alcoholic solution resulting in the formation of the tincture.

Modern lifestyle, stress, lack of exercise and unbalanced diet, can lead to a general "decline" of the body. The feeling of constant "fatigue", the frequent strain from colds and viruses, the "grip" of the body (waist, back, neck, etc.), are indications of the general lack of well-being.

Ippophaes is now considered the "king of tonics" of the plant kingdom. Thus, it is considered suitable both for dealing with physical weakness and exhaustion, while also increasing strength and endurance, increasing performance for people who do professional sports. Goji berry, according to herbalists, is a powerful stimulant of the body as it is even used by athletes to improve their performance, as it helps in better blood circulation. It is believed to significantly improve "vitality", as it strengthens the whole organism - it is especially effective in cases of older people who feel a drop in their vitality. Sage is used as a general tonic for the body. According to herbalists, sage can act as a "tonic", mainly due to the essential oil it contains, but also as a "tonic", mainly due to the tannins it contains. It is considered to help in cases of atony of the stomach and intestines (stimulates digestion). It can be used to stimulate the nervous system and is thought to have a positive effect in cases of nervous disorders as well as melancholy or depression. Finally, mint, known to all of us for its many beneficial properties, improves mental clarity and generally increases the "energy" levels of the body.

Tinctures retain all the active ingredients of the herb, are very simple to take and completely natural. They are undoubtedly superior to dietary supplements in pill form, as they do not contain chemicals and preservatives and are absorbed much more efficiently by the body.

Herbal tinctures are very effective and therefore should be consumed according to their instructions. The usual dosage is 0.5-1ml (about 10-20 drops per day). They should not be consumed during pregnancy and breastfeeding.

Energy Boost Tincture Mix is made in Greece under the strictest European standards and with the exclusive use of pure and tested raw materials.