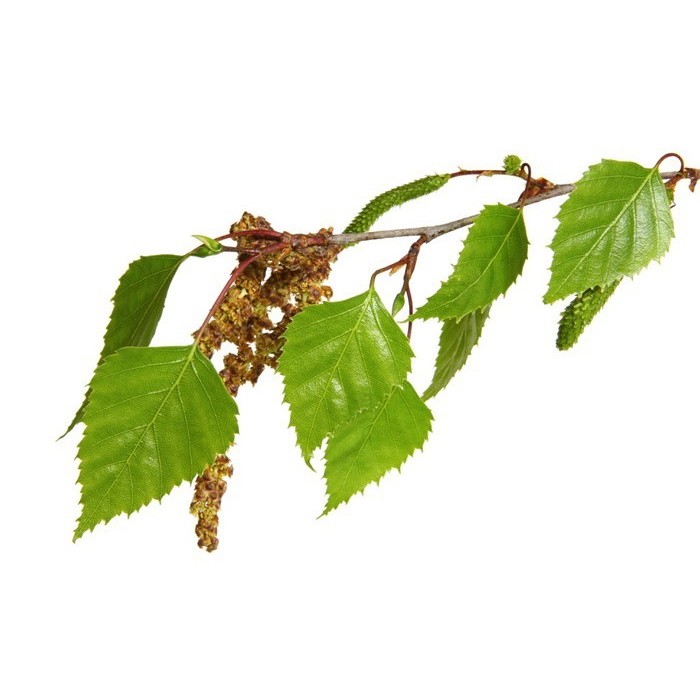 Birch, also known as Betouli, is a medium-sized cold-blooded, deciduous tree - up to 20-25 meters high - endemic to the entire northern hemisphere, growing from Canada, the southeastern United States, Russia, and up to East Europe. The birch is presented as a sacred tree of the Turkish peoples of northern Siberia. According to local traditions, a male and a female birch appeared at the beginning of the human race. Sweet Birch, scientifically named Betula lenta, is a species of birch found mainly in eastern North America, and is related to White.

Sweet Birch essential oil is steam distilled from the melted bark of the plant and has a strong camphor smell - reminiscent of Pyralida (Golteria) - and a cool, medicinal aroma, which is due to the rich composition of the oil in salicylic acid and salicylic acid.

Sweet Birch oil is known to successfully treat nasal congestion by inhalation, as well as to relieve muscle pain, arthritis and rheumatism. Finally, its antioxidant and detoxifying action is important, as well as its positive contribution to anti-aging, as it reduces wrinkles and tightens the skin.

Two of the most important properties of Birch essential oil, offered by the ingredients salicylic acid and methyl salicylate (two well-known microbicides and bactericides in the medical world), are that they protect the skin from bacterial and fungal infections. It also helps reduce joint and muscle pain, as well as pain associated with headaches and toothaches. It is also antispasmodic and relieves cramps throughout the body. Birch essential oil can be used as a tonic, giving a feeling of strength, warmth and vitality. It is ideal for use in very cold climates. Also Birch essential oil is toxic and can cause skin irritation.

It is perfectly combined with: Oregano, Mint, Ylang Ylang, Thyme and Vanilla.

Caution: It should not be used by people with sensitive skin, pregnant women and those suffering from respiratory problems.